Over 450,000 Workers in Chicago are depending on City Council Passing Earned Sick 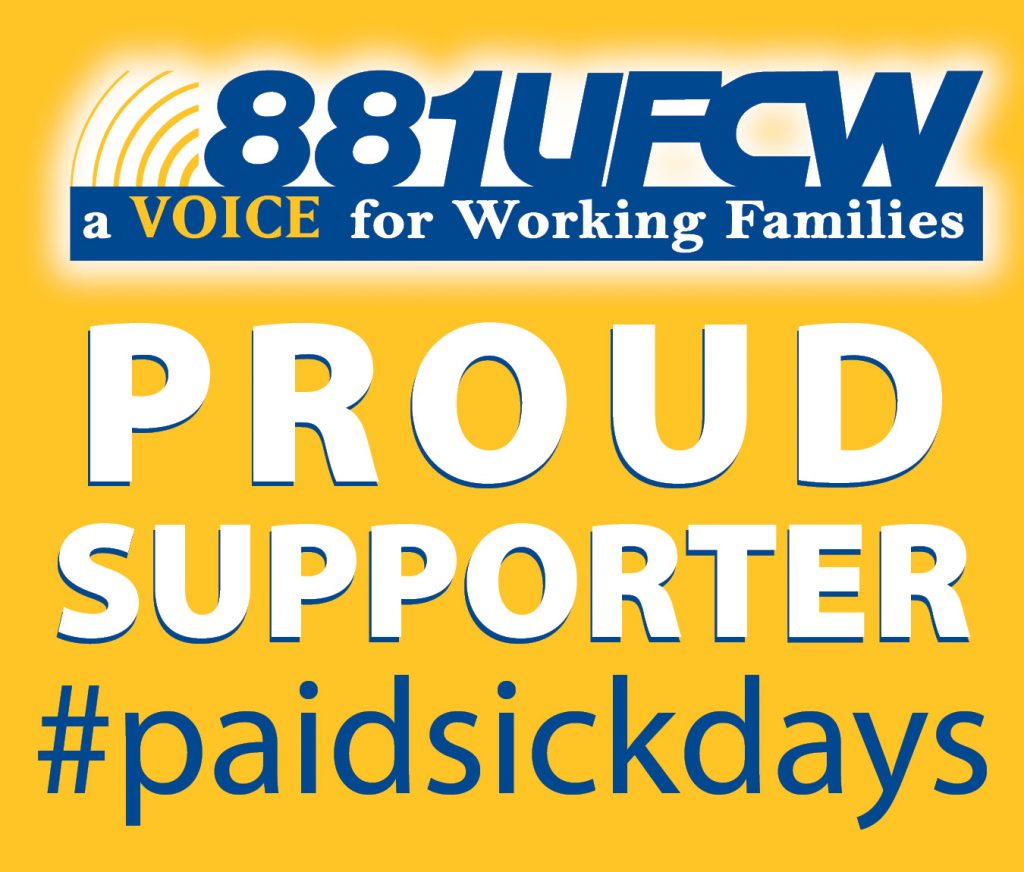 “On behalf of the 8,000 hardworking members of Local 881 UFCW who live and work in every neighborhood of Chicago, I commend the sponsors of today’s ordinance and the members of the Working Families Taskforce for their hard work and leadership over the past nine months. Deserving special thanks, sponsor Alderman Foulkes (16th), who is a proud former member of Local 881 UFCW, along with Aldermen Pawar (47th) and Moreno (1st), have our sincere gratitude for fighting on behalf of the 450,000 workers in Chicago who currently lack earned sick leave.”

It is our hope that the Chicago City Council extends earned sick leave to Chicago’s workers as soon as possible. In 2015, voters in every ward in Chicago overwhelmingly supported extending earned sick leave to working families who are one flu season away from losing their job and economic hardship. Let’s get this done for working people and have Chicago lead the Midwest by supporting a basic lifeline for the middle class.”

As the Working Families Taskforce report highlighted, 42% of Chicago private sector workers—almost half—do not have access to a single sick day. As one of the leading private sector unions, with members employed in retail food and drug stores throughout Chicago, Local 881 UFCW has a strong interest in ensuring that earned sick leave is a right extended to all members of the working public, not just to our members who collectively bargain to be able to take a day off if they need to visit the doctor.

Local 881’s private sector partners in management agree that earned sick leave leads to a better work environment since job retention is improved and employees don’t lose pay, and spending capacity in the economy, when having to care for a sick loved one or themselves. Bottom line, offering a minimum of five earned sick days to workers throughout Chicago will help boost the local economy and is the compassionate thing to do.

Local 881 UFCW represents 34,000 members employed in retail food and drug stores throughout Illinois and Northwest Indiana, as well as a professional division comprised of health and nursing home workers, barbers and cosmetologists, and workers in other retail and service industries.  Among the companies under contract with Local 881 are Jewel Food Stores, Osco Drug, Mariano’s Fresh Market, CVS Pharmacy, Kroger, Schnucks, Pinnacle Foods, and many smaller chains and independent stores, as well as nursing homes and other business establishments. Local 881 is among the largest affiliates of the United Food and Commercial Workers International Union, which represents 1.3 million members in the United States, Canada and Puerto Rico.